When Masks are in, Japanese Company launches Translator Mask 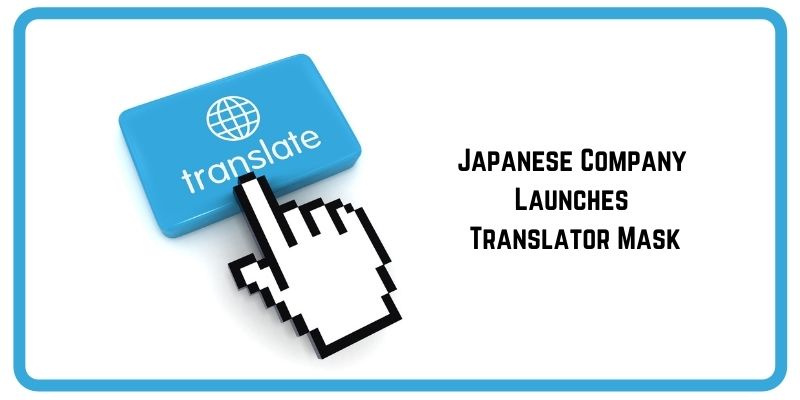 When around a year, Corona virus started infecting people around the world, (later on named COVID19), health experts started recommending masks as according to them these are the most useful protective gear. Once masks became essential to safeguard against the spread of Covid19, medical companies in the partnership with textile firms started selling comprehensive range of masks of all types and shapes. However, a Japanese company has launched something that is unprecedented.

According to the media reports, especially from the Hindu, since the boom in mask-wearing around the world has affected a large range of high-tech face coverings, they have started thinking over the masks quite seriously. For instance, some tech companies and researchers are producing varied ranges of masks to cash in on the growing trend and make them multi-utility. Needless to say more the uses of a mask more will be the chances of them being used by the people for one or the other purpose.

Donut Robotics comes up with a mask that can translate

The revolutionary product which can translate is definitely the most exciting invention during COVID19 times. The report says that the Japanese company Donut Robotics has created a mask that acts as a translator. Though the development is being at a time when masks are in vogue thanks to the deadly disease spreading around the world, there is still a lot at stake whether it would become popular or not. Needless to say the company has however cashed in on the scope for such masks as it has raised nearly 100 million yen via crowd funding.

The company calls them ‘C-Face’ mask and according to them it transmits the wearer’s speech to a smart phone via an app. Once the transmission is done it translates speech from Japanese into English, Korean and other languages. At the same time this mask helps users adhere to social distancing as people can talk to each other at a distance of ten meters and still get the translation done.

Will it be still popular after Covid19?

Made of light silicone though the device does not offer protection from COVID-19 on its own, it would according to the manufacturers be good enough over the regular face covering. Thus, there is still a need to wear the regular mask or other face coverings. This also means the masks could be used in future when the Covid19 is over.

The makers of the ‘C-Face’ mask tell that buyers would be able to order the product from the next year as it will be on February 2021; however, the buyers need to shell 4,000 yen for one piece.