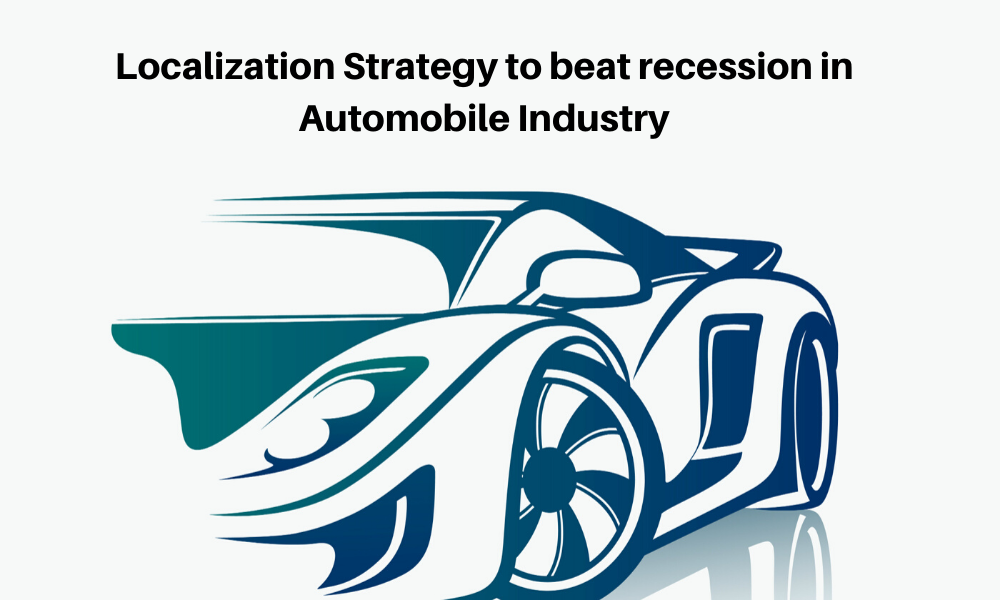 Reasons for Decline in Sales.

Sudden announcement of demonetization has led to fear and insecurity among buyer as major parts are cash sales. This has resulted in slump in sales initially and there seems to no recovery from decline

The GST has subsumed almost all the taxes — excise, VAT, sales tax, road tax, motor vehicle tax, registration duty. Overall, the GST impact on the automobile industry is less than the previous tax scheme due to the lowered tax scenario. With the further correction in GST and tax sops announced recently, there will be clarity on taxation in goods and services involved in the Automobile Industry. Single tax policy will have a long-term positive result. Hence the impact of GST in the Automobile is just temporary.

The proposal to increase registration of internal combustion engine for new cars from Rs 600 to Rs 5000 and for car-renewal to Rs 1,500 alongside exemption for registration fees for the electric car has pulled the sales down further when the marketing is struggling to recover. Higher insurance cost, road tax, and registration fees are all ex-showroom costs which are not financed. Hence, they have a direct impact on the buyer’s cost.

What is happening in the auto sector is a direct result of the huge demand slump in a fast slowing economy. The poor performance of the manufacturing sector played a big role in dragging the GDP numbers to the lowest in 25 quarters. Manufacturing, which is the backbone of the economy, grew at just 0.6 percent. According to the IMF, India’s GDP growth rate slipped to 5% in the first quarter of 2019-20, the lowest over six years.

The real issue to tackle is ‘how to liquidate stocks and come out of the negative sales curve’.

India is a huge market. It is one of the fastest-growing economies in the world. Its nominal GDP growth rate is estimated at 12% in the year 2019-20. During Quarter 1 of 2019-20, GDP grew by 5%. GDP is likely to grow during the festive season.

The process of Liberalization started in 1991 with several reforms and measures that attracted global investments into the country.

Global companies in several sectors had set up their base for their global operations. They contributed greatly to the growth of the economy due to vast India’s potential to grow.

In the past, the economic growth rallied around on the growth of the top 5 metro cities. To-day, with massive investments and efforts by each state on infrastructural measures like Roads, Railways, Transport, Electricity, Water, Healthcare, Education, Telecommunication facilities the progress is happening both in Urban and Rural sectors.

The Power of Localization.

By the year 2021, regional language users will account for 75% of India’s Internet user base

More than two-thirds of Hindi readers are also reading English, and they prefer to get information in their language.

Apart from Hindi, other major languages that cannot be ignored are Tamil, Telugu, Kannada, Malayalam, Marathi, Gujarati, and Bengali.

Localization of products and information will enable tide over the difficult times in the Automobile sector.

One of the Product Localization is Electric Cars, where Government supports with incentives for start-ups and tax cuts.

Product Localization and information orchestration will create the desired interest, and with multilingual digital marketing, there is a definite possibility to micromanage and improve sales growth.

Treat each city for localizing your product and communication with a native language spoken in that city and see the result.

Brands should perform keyword research for every region and language separately. The keywords used for on-page SEO should be based on terms that customers are using to search for products and services within a given region, rather than literal translations of terms in the source language. To know more about localization strategy and increase global presence, send us your immediate and long-term goals. We will coordinate with you and build a localization strategy document.

Bhasha Bharati Arts, a professional language service provider with over 50 years of experience offers expert localization solution that connects with consumers culturally and linguistically. Some of our clients who have entrusted us with localization projects are TATA Group, Aditya Birla Group, BSNL, Hero corp, India Tourism, Kerala Tourism, Symtrax, Rolta, and many more.